An affair to remember

A one-night stand turns into a quarter-century affair in one of the most popular rom-coms of all time. The Tony Award-winning play-turned-Academy Award-nominated film Same Time, Next Year follows George and Doris’ clandestine weekend rendezvous over the course of 25 years. The starry-eyed lovers meet for an annual getaway of romance, honesty, and hilarity against the backdrop of a rapidly changing world. Theatre legend Billie McBride directs the delightful Lauren Bahlman and the “uproariously funny” Eric Mather (BroadwayWorld) in the nostalgic romantic comedy by Bernard Slade. From the director, Billie McBride 💖

Back in the day so many young people, especially young women, married right out of high school. That was what we were supposed to do according to society at that…

Billie McBride is so pleased to be back at CCT where she directed Tuesdays with Morrie, A Picasso and Vigil as well as acting in Driving Miss Daisy and 4000… 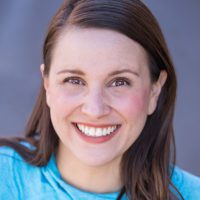 Lauren is thrilled to make her CCT debut! A resident of Colorado for over a decade, Lauren’s Denver credits include: Bull in a China Shop (Benchmark Theatre), August: Osage County… Eric Mather is so excited to be performing in his first show with Cherry Creek Theatre! Eric has been performing in and around Denver for the past 23 years on… Todd is honored to be working with Cherry Creek Theatre for the first time. Recent theatre credits include: The Laramie Project (DCPA Education),  Macbeth (The Upstart Crow), It’s a Wonderful… Amy, a recent transplant to Colorado, is extremely excited to be a part of the Cherry Creek Theatre community. Most recent credits include Baby (The People’s Building); The Stuff Dreams… Poignant, funny and ultimately bittersweet, the Cherry Creek Theatre’s production of Same Time Next Year is a thoroughly satisfying production. Enjoy classic Italian food at Nonna’s Chicago Bistro to make it the perfect evening with dinner-and-a-show. Choose from 15 different house specialties plus your choice of soup or salad with…