A virtual reading of a new play by Jeffrey Neuman

In August 1908, 107 years before the legalization of same-sex unions, two of the biggest stars in America, Eva Tanguay and Julian Eltinge, stepped onto the stage of the Alhambra Theatre in New York City and thumbed their noses at gender roles, respectability, and the institution of marriage. Was it a performance? Was it a publicity stunt? Or, was it something much more personal for the two entertainers involved?

Set at the turn of the 20th century, The Headliners is a surprisingly timely story that explores the sometimes explosive crossroads of gender, fame, sexuality, and power.

Get an exclusive look at works in progress by local playwrights through our new-play reading series.

Pay What You Can

An absolutely amazing presentation. Could not keep focused that this took place in 1908. It is so “now.” 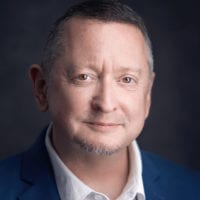 Behind the Scenes with Director Gail P. Luna

Every now and then you are given a new piece that truly engages your senses, emotions and gets your creative juices flowing, and ultimately fills your soul. The exploration and…